After the super success of “suna Tu”, “Tere Liye hoon main” and “Basanti” Wild Bull Productions’ new music video “Party Hard Bro” has been released worldwide. This  super party song has composed by composer Aslam Surty and Directed by Erem Khan and Firoz Samnani in the spectacular locations in Dallas in USA.

Lyrics by Pradeep Janak and Jugal. The cinematographer of this party number is Ujjwal and Ashish, choreographed by Stage Skuare Entertainment,  edited by Jitesh Dhuria (JD), produced by Prakash Khimesra,  sponsored by Patel Brothers and make up and Set Design by Vanita Patel.

The latest party song of 2020 has Firoz Samnani as the lead actor and Ivonne Ester Moncerrat as the lead actress along with the dedicated and outstanding cast Chloe Wilson,  Ariel Williams, Bri Millet, Isabelle Muller, Nafiz Hossain, Imran Mohammed and Howard Hsu etc.

It is worth mentioning that Wild Bull Productions had fulfill their promise and launch three new girls in the music video “Basanti”.

Wild Bull Productions is set to blast as it has tied up with several Bollywood production house and company for web series and movies. So get ready, to get yourself a break in new projects. Company website of Wild Bull production house will also be launched soon. 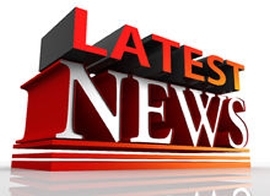 The music video “Party Hard Bro” has been released on the official YouTube channel of Wild Bull Productions.